In 2015 I was introduced to Mark Mitchell of Burial Designs through Ezra, my partner. Ezra had met Mark through a locally produced show called Genre Bender. Mark was taking on apprentices since his well received show at the FRY Museum. I had seen his work and was excited to learn more about his process.

While working with Mark I was apart of creating custom garments for, Cherdonna Shinatra, Shabazz Palaces, The Annex Theater’s rendition of Angels in America and few of his personal projects. Through working here I learned how to upholster from working on a tiny coffin in a reclined position. This is what I jokingly referred to as my summer goth project but I sure honed in on how to hand stitch for this!

I think the project that most surprised me was working on Cherdonna Shinatra’s costume for their show, Worth My Salt. I was primarily working with one other person on this dress and it was the first time I had ever macramed. We were making a neon green hanging owl planter-esque dress! This thing was wild! It was perfect for this character. I was intimidated at first trying to memorize the various knots for this piece and even more nervous when it came time for a fitting. The adjustments were not as much of a nightmare as I thought they would be! They were small and required us to move each knot a half inch in one direction but we finished it fast. I really enjoyed the experience of working with Mark and the rest of his amazing team! 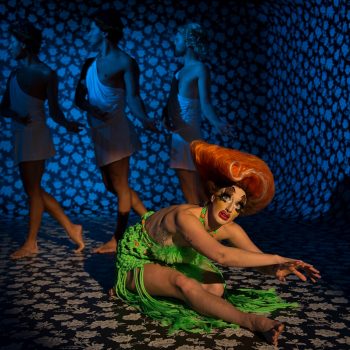 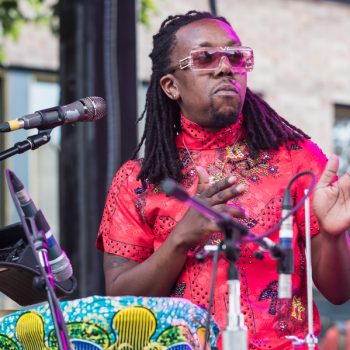