The Offshore Project dance collective created and performed, ‘The Buffoon’ at OTB in 2010. This work was inspired by Edward Gorey’s cartoon, ‘The Uninvited Guest’. This show was very well received and made it to the AWARDS showcase that year.

It was so much fun working with these folks! We had a number of sketches for how to tackle the character’s costumes and I think we captured the feeling in the end. In the original story the “uninvited guest”, played by Ezra Dickinson, was this penguin-esque creature alongside this family of seemingly well to-do humans.

In our iteration we really wanted to maintain that feeling and dynamic while not taking it as far as turning Ezra’s character into a penguin! Instead I played with color and silhouette and thought about all the contrast that the family and the beautiful live music could offer to his character.

The family and music were quite rich and dark and their collective attitude was perceived strict and ridged.  Their costumes also contained rich earth and jewel tones. So thinking about this “Buffoon” character, I started think about how unruly this buffoon was and innocent. I gravitated towards him wearing white for this reason as well as the slightly gender bender shape of a corset with stocking fasteners. 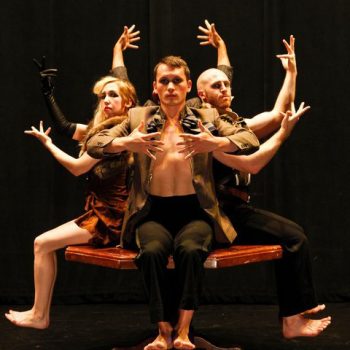 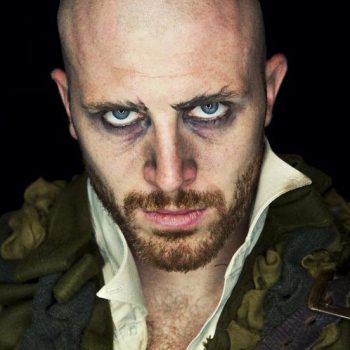 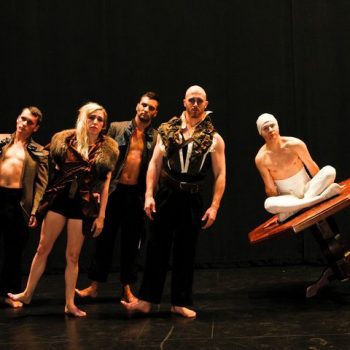 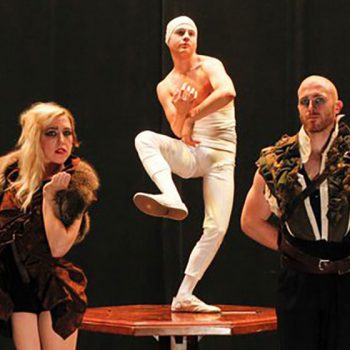